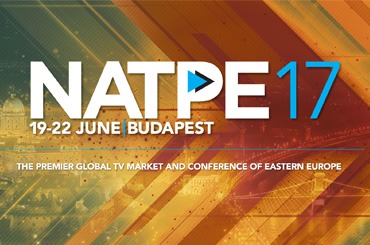 SOMOS Distribution goes to NATPE Budapest with a range of content oriented to the penetration of European and Asian markets, following its global expansion strategy. The company, led by Luis Villanueva, began operations focusing on the Americas, but the trust of independent producers and of the companies represented in its catalog, have been supporting the extension to international markets and other languages. "In SOMOS Distribution we have been exploring in the last two years the European and Asian markets and have found that our product has the potential to cross borders and cultures. Action docu-realities such as Gaula, telenovelas like '11-11’ , classic telenovela scripts and sporting events such as Mixed Martial Arts, have all international appeal and our customers are satisfied with our work and ability to market their content, "says Francisco Villanueva, SOMOS Distribution’s VP and COO. The executive says that many programmers in Eastern Europe and Asia are comfortable with productions already exploited in other markets, as well as with the international appeal of genres such as telenovelas, action series and contemporary events. The presence of SOMOS Distribution at NATPE Budapest seeks to exploit these opportunities. In the case of ‘11-11’, Nickelodeon assigned worldwide license rights of this telenovela to the company as well as channels such as Mexico’s Cadena Tres granted licenses to variety shows and sports such as Lucha Libre and boxing, providing an attractive platform for expansion. Gaula, the action docu-reality of the Colombian elite anti-kidnapping unit, has had a special appeal in the market since narrates the drama, intrigue and investigation of this type of crime, supported by real videos and re-enactments in a similar dynamic to the most attractive action series. Apart from the above products, SOMOS Distribution will also present goldsmith Mercedes Salazar, who explains the history, characteristics and powers of gemstones, the telenovela "Family Law" and other products in its catalog, The company will be located in the Viewing Box MO2 of the mezzanine at the Sofitel Chain Bridge Hotel